Michael E. Russell, II M.D. is board certified, American Board of Orthopedic Surgery. Dr. Russell specializes in the treatment of spine injury, deformity, and degeneration. His interests include decompression for lumbar spinal stenosis and cervical spine surgery.

Dr. Russell specializes in all types of spinal surgery and previously has been named one of the “Best Spine Specialists in America” by Becker’s Orthopedic & Spine Review.  Additionally, he has been recognized as a Texas Monthly Super Doctor from 2016 – 2022.

“Chronic back pain, loss of flexibility and mobility—this is the high price my patients pay every day. For many of them, spine surgery comes at the end of many years of treatments and medicine. But there is good news here—new surgical treatments can have dramatic results. It’s a great thing to be able to help restore function and reduce pain.”

Dr. Russell attended medical school and completed his orthopedic training at the University of Texas Southwestern Medical School in Dallas following the completion of his undergraduate degree in Chemical Engineering from the University of Texas at Austin. He completed a fellowship in spine surgery at the Carolinas Medical Center in Charlotte, N.C. He is a member of the National Association of Spine Surgeons, the American Medical Association, the American Academy of Orthopaedic Surgeons, the Texas Orthopedic Association and the Texas Medical Association. 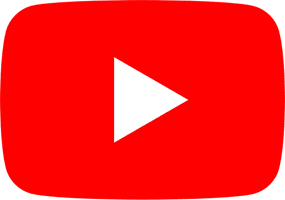 Surgery of the Spine & Neck

Named as one of the 100 Spine Surgeons and Specialists to Know by Becker’s Hospital Review in 2011
The University of Texas Southwestern Medical School at Dallas, TX
Alpha Omega Alpha

The University of Texas at Austin, TX
Engineering Honors Program 1983-1987